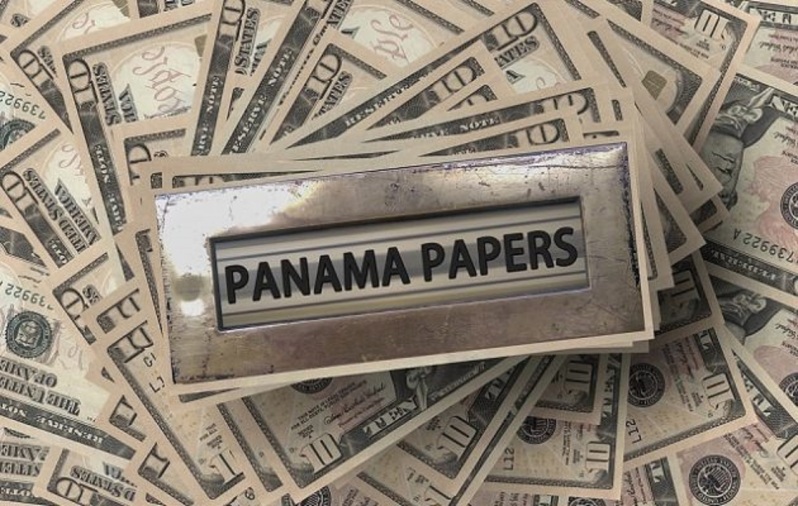 This past Sunday, a group of newspapers, in collaboration with the International Consortium of Investigative Journalists (ICIJ), began releasing leaked documents from a law firm and several companies who specialize in aiding the super-rich and giant corporations with avoiding taxes.

The Paradise Papers, as they are known, are a collection of 13.4 million electronic documents that were originally leaked to the German newspaper Süddeutsche Zeitung.

Many of the documents originate from a law firm called Appleby that employs a network of lawyers who set up shell corporations in the British Virgin Islands, Cayman Island, Guersney, the Isle of Man, Jersey and other tax havens to protect the wealth of their powerful, wealthy clients. Other documents originated from corporate service providers Estera and Asiaciti Trust, as well as business registries in 19 tax havens that show the shell companies used to avoid taxes.

The Paradise Papers come a year and a half after the Panama Papers exposed millions of files from the law firm Mossack Fonseca, which like Appleby, hid and stored the ultra-rich’s fortunes in tax islands across the Atlantic.

The documents implicate several of the largest corporations in the world in the use of off-shore accounts to hide money from taxation. Apple, Facebook, Uber, Nike, Walmart, Allianz, Siemens, McDonald’s, Yahoo!, and Allergan are some of the major corporations listed.

The documents also reveal how a variety of extremely wealthy individuals, politicians, businessmen and celebrities, have used the services of Appleby to hide their wealth offshore. The Queen of England, US Commerce Secretary Wilbur Ross, Canadian Prime Minister Justin Trudeau’s adviser Stephen Bronfman, the Queen of Jordan, and hundreds of corporate executives from around the world have been tied to the leaks.

The Boston Consulting Group estimates that at least $10 trillion is stored in offshore bank accounts, avoiding taxes. A study from inequality expert Gabriel Zucman this May found that, on average, at least a quarter of the wealth of ultra-high-net-worth individuals was stored abroad in tax havens.

Below are some of the newly revealed findings:

* Following scrutiny of Apple’s use of Ireland as a tax haven in 2014, Apple used Appleby’s services to transfer huge sums of its offshore wealth to Jersey, a tax haven in the British Isles.

Appleby stressed to its employees that it must be “extremely sensitive concerning publicity” in servicing Apple—ensuring no word would get out about what Apple was doing. Documents show that two of Apple’s Irish subsidies were transferred over to Jersey; however, one mysteriously disappeared. The Guardian suggests that this may be due to one subsidy taking over the other.

In 2016, Apple was reported to have $181 billion stored away outside of the US—despite the vast majority of its operations occurring within the US. Since 2014, Apple has made $122 billion of profits outside the US, but that has only been taxed at a rate of 5.4 percent, according to the Guardian.

* The largest commodity trading company in the world, Glencore, used its offshore holdings to secretly loan millions of dollars to an Israeli billionaire who placed political pressure on the Democratic Republic of Congo to give a Glencore owned business mining rights in the Congo. The loan was effectively a large bribe that was only told to be repaid if Glencore did not receive the mining rights.

The Israeli billionaire in question, Dan Gertler, has been cited by the UN and the US Department of Justice for bribing DRC officials with huge sums of money, mainly used to buy weapons, in exchange for giving him critical mineral rights in the geologically rich country.

* The papers document how multiple members of the Trump Administration use offshore tax havens.

Rex Tillerson is named as director of Marib Upstream Services Company, whose nominal headquarters is in Bermuda. In reality, it was used by ExxonMobil to avoid taxes on its $5 billion natural gas venture in Yemen. Yemen later nationalized the operation, prompting the owner of the firm, Ray Hunt, a close friend of Tillerson, to sue the country, unsuccessfully, in international court. This occurred before the outbreak of the US-backed Saudi-led war against the country in 2015.

Gary Cohn, Trump’s chief economic adviser, is shown in the documents to be the head of 22 different entities in Bermuda, all offshore shells of Goldman Sachs which the bank used to avoid taxes. Randal Quarles, supervisor of the Federal Reserve, led the investment of half a billion dollars in an offshore company that is under investigation by the US for tax evasion.

Billionaire Carl Icahn, a former adviser to President Trump on financial regulations, owns a $250 million mining company whose operations are in Brazil but is registered in the Isle of Man, Luxembourg and Malta in a complicated scheme that allows it to avoid taxes.

* The Queen of England’s estate parked millions of dollars in a Cayman Islands fund. Part of that fund went to a retailer, BrightHouse, which has been cited for exploiting poor families through its rent-to-own scheme.

The documents also show how a lobby group for offshore businesses, the International Financial Centres Forum, furiously worked to prevent changes to UK law that would crack down on its tax havens. It boasted of having “superb penetration” in its access to and influence over the highest members of the UK government.

* Over 100 renowned global universities, including Oxford, Cambridge, Princeton, Columbia, Stanford, and University of Pennsylvania use offshore tax havens to park sections of their endowments whose total value exceeds $500 billion.

The Paradise Papers further expose what is already well known: the ultra-rich, who literally own the world, have a set of rules and laws that are entirely different from those faced by the vast majority of the population. While working people around the world struggle to get by day to day and flinch when they are asked to hand over a few thousand dollars in taxes to the government each year, the ultra-rich scheme and manipulate to avoid paying any tax on their unimaginably vast sums.

The global tax system is rigged not simply in favor of the well off or even the wealthy. Rather, it is run for the ultra-rich—individuals whose net worth soars well beyond 10 or even 100 million dollars.

Indeed, while trillions of dollars are stored beyond the reach of taxation, the ruling class of the United States has the audacity to debate whether or not to further lower already nominal taxes on the ultra-rich. While workers everywhere are told there is no money left for social programs like health care and retirement, the reality is that there are trillions of dollars available for such programs, but these resources are kept hidden, locked, and out of site, by those that rule.