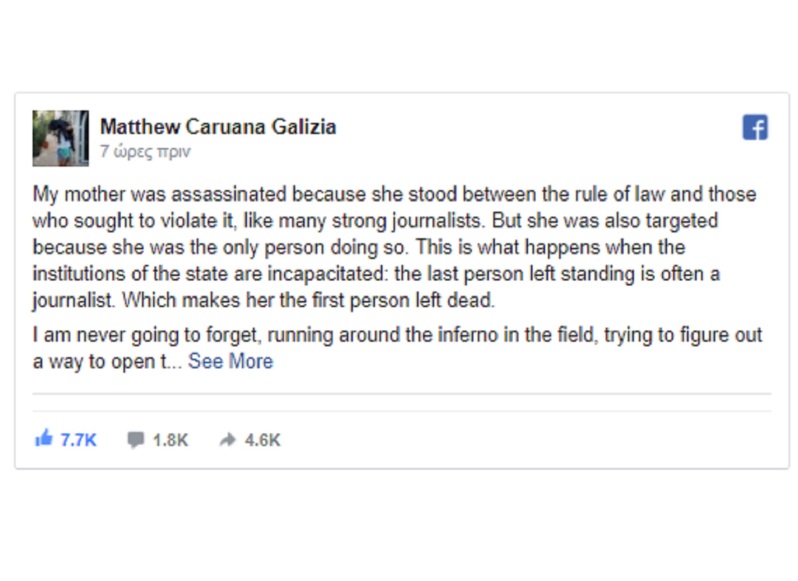 My mother was assassinated because she stood between the rule of law and those who sought to violate it, like many strong journalists. But she was also targeted because she was the only person doing so. This is what happens when the institutions of the state are incapacitated: the last person left standing is often a journalist. Which makes her the first person left dead.

I am never going to forget, running around the inferno in the field, trying to figure out a way to open the door, the horn of the car still blaring, screaming at two policemen who turned up with a single fire extinguisher to use it. They stared at me. “I’m sorry, there is nothing we can do”, one of them said. I looked down and there were my mother’s body parts all around me. I realised they were right, it was hopeless. “Who is in the car?”, they asked me. “My mother is in the car. She is dead. She is dead because of your incompetence.” Yes, incompetence and negligence that resulted in a failure to prevent this from happening.

I am sorry for being graphic, but this is what war looks like, and you need to know. This was no ordinary murder and it was not tragic. Tragic is someone being run over by a bus. When there is blood and fire all around you, that’s war. We are a people at war against the state and organised crime, which have become indistinguishable.

A few hours later, while that clown of a Prime Minister was making statements to parliament about a journalist he spent over a decade demonising and harassing, one of the police sergeants who is supposed to be investigating her murder, Ramon Mifsud, posted on Facebook, “Everyone gets what they deserve, cow dung! Feeling happy :)”

Yes, this is where we are: a mafia state where you can now change your gender on your ID card (thank God for that!) but where you will be blown to pieces for exercising your basic freedoms. Only for the people who are supposed to have protected you to instead be celebrating it. How did we get here?

A culture of impunity has been allowed to flourish by the government in Malta. It is of little comfort for the Prime Minister of this country to say that he will “not rest” until the perpetrators are found, when he heads a government that encouraged that same impunity. First he filled his office with crooks, then he filled the police with crooks and imbeciles, then he filled the courts with crooks and incompetents. If the institutions were already working, there would be no assassination to investigate – and my brothers and I would still have a mother.

Joseph Muscat, Keith Schembri, Chris Cardona, Konrad Mizzi, the Attorney General and the long list of police commissioners who took no action: you are complicit. You are responsible for this. 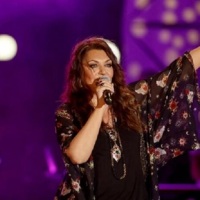 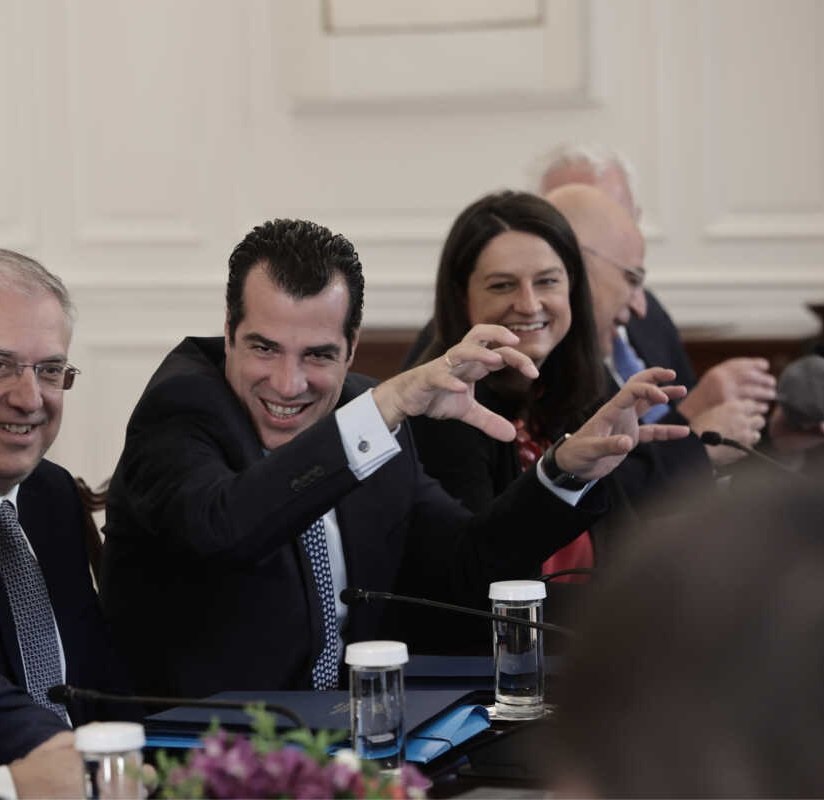 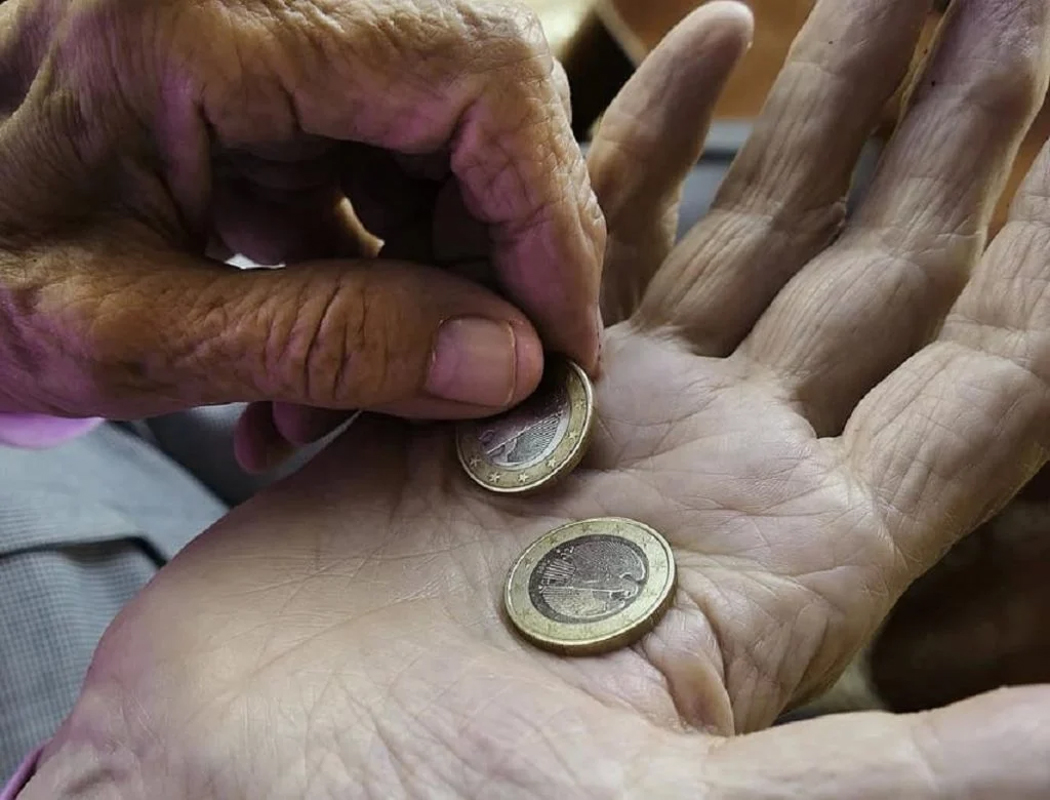 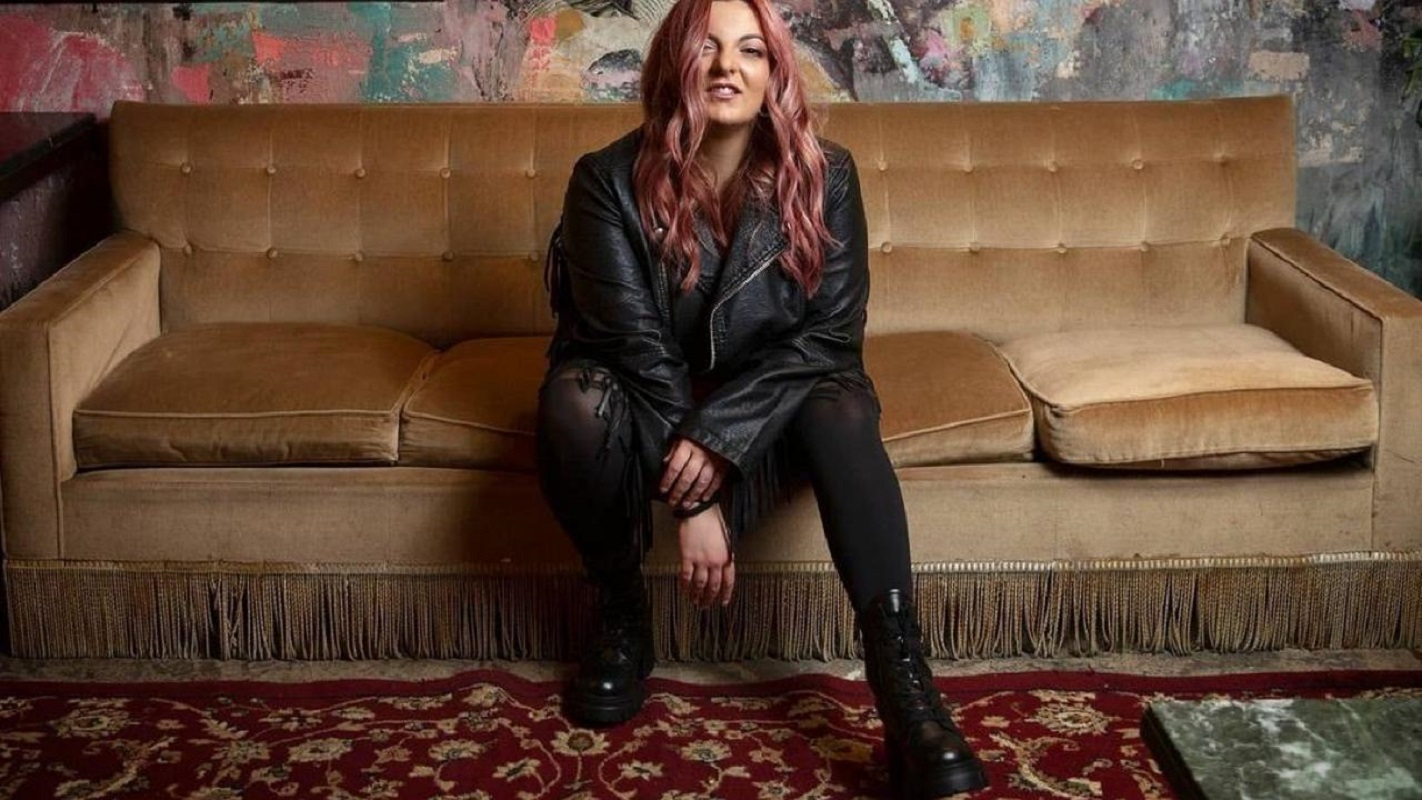